HomeBlogUncategorizedNational tax on hydrocarbons tailor-made? First should have look at the european directives

National tax on hydrocarbons tailor-made? First should have look at the european directives 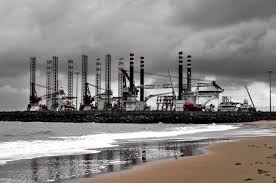 The subjugation of national law of the UE States, to the law of the European Union is not a mere declaration of principles but, at least in Spain, has a practical effect that is dramatically affecting the public funds of the Spanish State.

In the field of excise duty, the Judgment of the Court of Justice of the European Union of 27 February 2014, stated that the applicable Tax on the Retail Sales of Certain Hydrocarbons (IVMDH), popularly known as a sanitary cent, was contrary to EU law for not abiding the purposes and requirements applicable to indirect taxes matching with the Hydrocarbons Tax. This has resulted in the Spanish State had to return to taxpayers 1,699 million euros in 2014 and 1,939 million in 2015 for having been considered the mentioned tax as illegal.

Following this line, it is possible that the situation will not improve for the Spanish public administration, which at the time of legislating must take into account not only the objective pursued (collection) but also must respect the basis or purpose of the proposed legislation , In particular, the law of the EU.

The structure of the Excise duty on Hydrocarbons in Spain raises some uncertainties that could involve new expenses not foreseen by the state. Must highlight, the abolition of the IVMDH forced the legislator to reconfigure the tax on hydrocarbons, differentiating a state tax bracket (identical in the whole State) and an autonomous tax bracket (corresponding to the repealed IVMDH) on which the Autonomous Communities [i]have legislative competence, so the final excise duty that must be paid may vary from region to region.

The excise duty on Hydrocarbons is a harmonized tax at European level and, consequently, subjected to the provisions of the Community Directives.

With regard to the tax rate of the excise duty on hydrocarbons, Directive 2003/96 / EC of 27 October 2003 restructuring the EU’s system for the taxation of energy products and electricity establishes minimum levels of taxation for each energy product, which must be accomplished by the Member States. In Spain the established amount is only reached with the state tax rate.

Article 5 of Directive 2003/96/EC authorizes Member States to apply different rates of taxation for four typified reasons, but does not allow that territories within a state set different rates. However, the National legislation enables Autonomous Communities to have legislative competences, so can regulate about the excise duty and apply an increase to it.

For this reason, the possibility of obtaining a refund of the quotas paid by application of the autonomous rates of Hydrocarbon Tax is based on the fact that the regulation of the excise duty on Hydrocarbons is contrary to EU law as it allows territorial tax differences that are not allowed by the Community Directive. Furthermore, the aforementioned tax differences are contrary to the principle of the European single market with free competition and equal terms, since final consumers will face different tax rates depending on the Autonomous Community where they consume the products

If finally the European Union Court of Justice or the Spanish National Courts consider that the addition of an autonomous tax bracket to the Hydrocarbon excise duty is contrary to EU law, it would mean that the AEAT and the Autonomous Communities will have to refund the amounts unduly paid since 2013 for that concept. So the history could therefore be repeated.