HomeBlogExcise DutiesAdditional duties on imports of frozen poultry into the EU and customs valuation. The Court of Justice clarifies that customs values cannot be rejected automatically due to resales at loss; and finds that the general rules for the valuation of goods do apply

Additional duties on imports of frozen poultry into the EU and customs valuation. The Court of Justice clarifies that customs values cannot be rejected automatically due to resales at loss; and finds that the general rules for the valuation of goods do apply 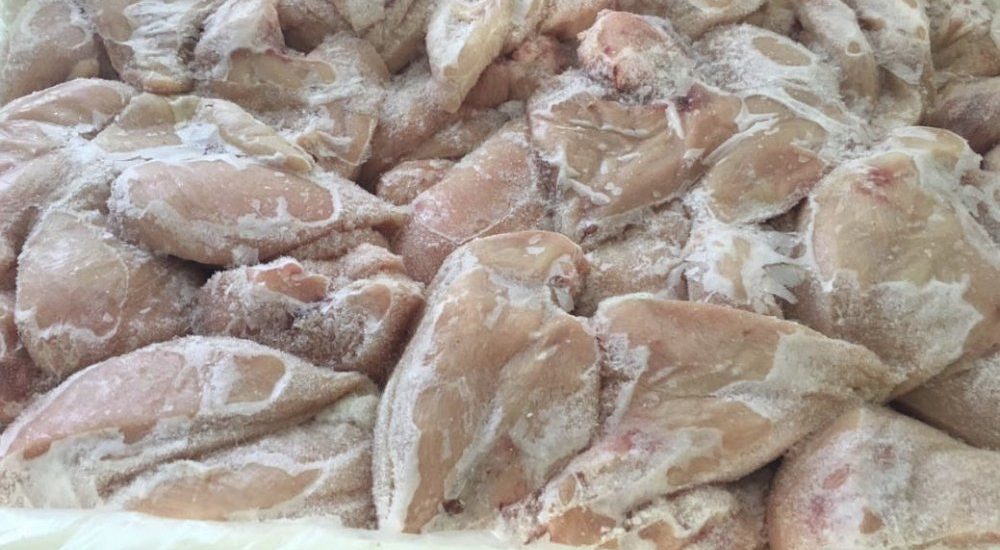 The Court of Justice of the European Union adopted, on 11 March 2020, its long awaited judgment in X BV, Case C-160/18.  In X BV the Court clarifies under what circumstances the customs value declared upon the importation of agricultural products subject to quotas may be set aside when customs authorities find that the price charged by the importer to its customers in the EU is below the representative price set by the Commission under Regulation 1484/95.  The Court of Justice found that while the rejection of the declared value cannot be automatic, the burden to prove that there are valid reasons for reselling at a lower price than the representative price is on the importer.  The Court further clarified that in cases where the declared import price is rejected, the general rules for the valuation of goods in Articles 70 to 74 of the Union Customs Code do apply.

Background – the Special Safeguard for Agricultural Products
Upon establishment of the World Trade Organization (WTO), the EU agreed to liberalise its agricultural markets by converting non-tariff barriers into ordinary customs duties and through a gradual reduction of subsidies and tariff barriers. In order to protect its domestic market against sudden surges in imports caused by this liberalisation, the EU negotiated and obtained the adoption of a Special Safeguard measure for agricultural products.  As a result, the EU may impose additional duties upon the importation of agricultural products, including sugar, (processed) fruit and vegetables, milk (products), and different types of meat, when the price of imports is below a set trigger price. The methodology for setting the trigger price and for the calculation of the additional duty, as laid down in the WTO Agreement on Agriculture in 1994, is very similar to what had been the approach taken by the EU since the late 1960s (initially set out in Council Regulation No 123/67/EEC of 13 June 1967 on the common organisation of the market in poultry meat).

The EU transposed the WTO Special Safeguard measure into its legal framework, thereby entrusting the European Commission with the imposition of these additional duties. Through Regulation 1484/95 which sets out  detailed rules for implementing the system of additional import duties and fixing representative prices in the poultry meat and egg sectors and for egg albumin, the Commission reenacted an additional import duty for poultry meat products originating in Argentina, Brazil, Chile, and Thailand.

Under Regulation 1484/95, if the import price at CIF level for a shipment of poultry meat and other covered products falls below the trigger price, which is the average of the import prices for each product between 1986 and 1988, in addition to conventional customs duties an additional duty will be imposed.  The additional duty is calculated on the basis of the difference between the declared import price and the target price.  . The import prices are typically below the trigger prices (which are very high).  However, as long as they are above the representative prices (the average prices for the EU as published monthly by the European Commission) no duty will be payable. If they are lower than the representative price, the smaller the difference with the declared value, the smaller the additional duty will be.

This mechanism creates an incentive for importers to declare a price that is high as possible, in order to reduce the difference between the trigger price and the import price and therefore reduced the additional duty.

Therefore, next to the additional duty, Regulation 1484/95 requires the constitution of a guarantee if the declared import price is higher than a representative price that the Commission calculates and publishes monthly.  The guarantee is calculated on the basis of the difference between the declared import price and the (lower) representative price. This guarantee is released if and when the importer demonstrates that the consignment was sold to the customers in the EU at a price that is ‘correct’. If the importer fails to provide this evidence within the deadlines set in Regulation 1484/95, the guarantee is not refunded.  This is in effect equivalent to rejecting the customs value declared by the importer, to replace it with the representative price set by the Commission, and imposing the additional import duties on this new customs value.

The Court of Justice found that the Dutch customs could not reject the declared value simply because the poultry meat was resold at a loss.  The fact that goods imported into the EU have been sold at a loss after importation, is in itself not sufficient to conclude that the declared import price is incorrect.  Indeed, the court notes that there could be reasons explaining why a company is selling its goods at a loss, for instance adverse development on the market. However, when customs find that imports were resold at a loss, it is for the importer to demonstrate that the conditions of disposal of the consignment concerned confirm the correctness of the declared import price.

Customs valuation as usual
The question then arises as to what to do when the importer provides no such explanation, and customs reject the declared import price.  What customs value should be used? In the case at hand, the value used by the Dutch customs to calculate the duty was the representative price.

Both the WTO Appellate Body (Report of 13 July 1998, EC Poultry, DS69) and the Court of Justice (Kloosterboer Rotterdam C-317/99) had unambiguously confirmed that the import price at CIF level is the only sound basis for the calculation of the additional import duty applicable to each shipment. This is because the provisions dealing with customs valuation (today Articles 70 to 74 of the UCC) excludes the use of arbitrary or fictitious customs values (Gaston Schul, C-354/09). In the case at hand, the Court explicitly confirms that the customs authorities cannot rely, in order to calculate the additional import duties, on a price which has not been proved to be correct for the consignment concerned.

Sadly, the Court of Justice provides no guidance as to whether, and under what circumstances, the representative price set by the Commission in Regulation 1484/95 could be a reasonable means in the sense of Article 74 of the UCC.

Conclusion – a nuance, making no difference?
In its judgment, the Court of Justice clarifies that the customs authorities cannot automatically reject the declared import price when they find that imported products were resold at a loss to customers in the EU. Such loss-making sales are at most an indication that the import price may be flawed, requiring the importer to demonstrate that the conditions of the consignment justify the loss.  This solution is a balanced one: after all, the resale price in the EU is not necessarily known upon importation and adverse market circumstances might justify having to make sales at a loss. However, the more frequent this becomes, the more difficult it will be for importers to justify the customs value used upon importation.

If the importer cannot substantiate the correctness of the declared import price, customs authorities may substitute to the declared value another value calculated in accordance with the provisions of Articles 70 to 74 of the EU’s Customs Code.

However, in many cases, this clarification by the Court of Justice will be a nuance, making no difference. Indeed, as soon as an importer is related to its supplier, and cannot explain why sales to customers in the EU are made at a loss over a sustained period of time, the customs authorities will be able to reject the declared value and substitute a customs value calculated on the basis of one of the subsidiary methodologies of Article 74 of the UCC.  When the conditions for computing the customs value are not met, the customs authorities will be able to use another reasonable means. Could this include relying on the representative prices calculated each month by the Commission based on the basis average market prices? Maybe.

Yves Melin is an International Trade and Customs lawyer based in Brussels.  He concentrates in trade remedies (anti-dumping measures, countervailing measures and safeguards), re-balancing duties, customs laws and procedures, sanctions & export and import controls.  Yves is Member of the Editorial Board of the Global Trade & Customs journal where he recently organised and guest edited an issue on non-preferential customs origin (2019, issue 10).  He is also member of the steering committee of the recently created Customs & Trade Law Academy of the University of Liège, in Belgium.

This post was originally published on EU Law Live: Yves Melin, “Additional duties on imports of frozen poultry into the EU and customs valuation. The Court of Justice clarifies that customs values cannot be rejected automatically due to resales at loss; and finds that the general rules for the valuation of goods do apply”,  EU Law Live (Op-Ed), 18 March 2020.