HomeBlogBrexitBrexit – deal or no deal? Significant consequences for customs, VAT and excise duties

Brexit – deal or no deal? Significant consequences for customs, VAT and excise duties 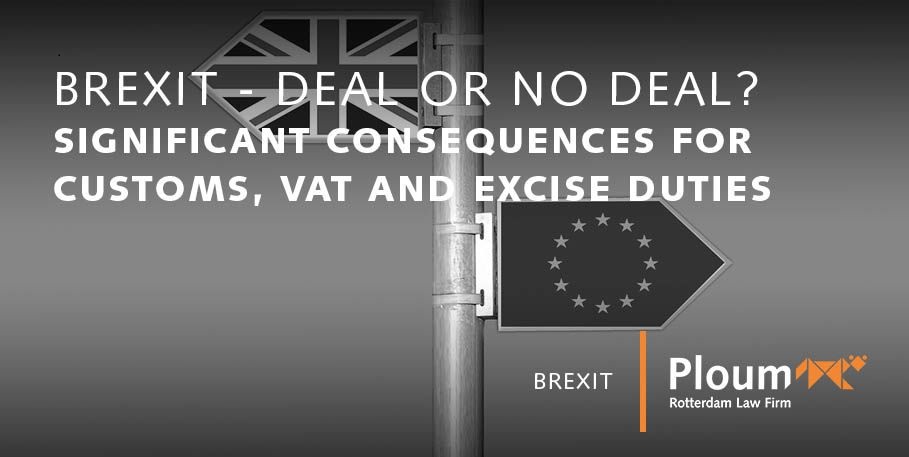 The United Kingdom (UK) left the EU on January 31, 2020. The parties agreed that a transition phase will apply until 1 January 2021. In this transition phase, the UK is part of the EU regulatory framework and still has virtually all the rights and obligations of an EU Member State. No customs duties, VAT and excise duties are levied in the case of border crossing of goods.

The transition phase would then give the parties the opportunity to reach a trade agreement (“Brexit deal”). But the chance that such an agreement will actually be reached is getting smaller by the day. Although the deadline for closing a trade deal will officially expire at the end of this year, the term is actually even shorter. The EU has always indicated that a trade agreement must be concluded at the end of October in order to meet the deadline of 1 January 2021 at all. After all, the agreement must also still be converted into legislation and receive the approval of the European Parliament and (some) national parliaments.

Boris Johnson, who appears to be on a collision course, recently even gave the negotiators until October 15 to reach an agreement.

The risk of a “no-deal” Brexit is therefore increasing by the day.

Levying of duties as result

A “no-deal” has far-reaching consequences for the levying of customs duties, excise and VAT. Due to Brexit the UK has become a third country for the EU and as, in a no-deal scenario, the EU and the UK will not have made any bilateral arrangements on reduced customs duties, the tariffs of customs duties are subject to the rules as set by the World Trade Organization (WTO) according to the so-called “Most Favored Nations” principle. This means that when setting customs tariffs, there should be no discrimination against countries and that, as an example, the customs tariffs applied to imports of goods from the US also apply to imports from the UK. This results is a significant cost item.

If the situation of a ‘no-deal’ Brexit arises, it is even more important to take a critical look at the classification, origin and value of goods declared upon importation of UK goods in the EU and vice versa to prevent that too much duties are paid.

Furthermore, customs declarations will always have to be submitted for flows from and to the UK and for some categories of goods, additional customs measures and other trade barriers (such as inspections for animal products) will have to be taken into account.

Logistics service providers must also realize that they cannot longer submit customs declarations for their British customers under direct representation, insofar as these customers are not also established in the customs territory of the EU, with all the associated risks for the logistics sector. Insofar as these customers do not want to settle in one of the member states of the EU after all, a declaration will have to be made through indirect representation. As the declarant (the person who makes or in whose name a customs declaration is made) is the customs debtor according to customs legislation, this entails risks.

If the indicated commodity code, customs value or origin is corrected by customs, resulting in an additional tax assessment, customs will impose such customs claim on the declarant. If that is an EU established customs agent, he will have to take recourse against his UK customer. If the latter does not voluntarily compensate the additional tax assessment, then again it is revenged that the UK is no longer a party to harmonized regulations in the EU that facilitate litigation before civil courts.

Excise duty and VAT on import

Since the UK becomes a third country for the EU in the event of a “no-deal”, this will also have consequences for the levies of excise duties and VAT. When excise goods from the UK come to the Netherlands after Brexit, this will qualify as import and, in addition to import duties, excise duties will also be payable on import.

For VAT, the currently applicable intra-Community rules between the UK and the Member States of the EU will then lapse. Here too, VAT will be due on import.

The transition phase to reach a trade agreement will officially run until January 1, 2021. But in order to actually meet this deadline, the parties will have to reach an agreement by the end of this month. However, negotiations are slow and the chance of a ‘deal’ is getting smaller by the day. This will have significant consequences for the levying of customs duties, VAT and excise duties on import of goods and the associated customs formalities.

We will continue to monitor developments closely. Do you have questions about Brexit or more generally about the import or export of goods? Please do not hesitate to contact us. Ploum has a unique practice with specialists in the field of trade, customs, logistics and product compliance.