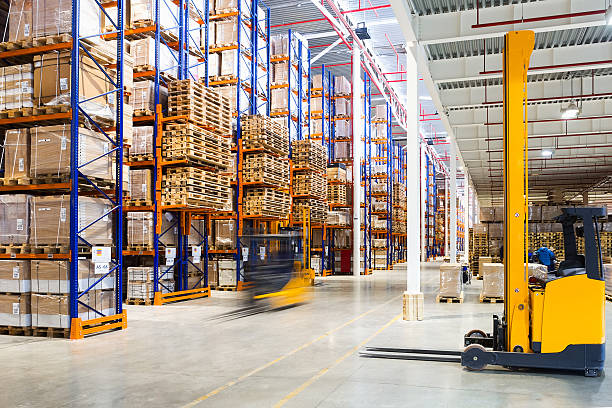 On 23 February 2022, the European Commission presented a legislative proposal for a Directive on Corporate Sustainability Due Diligence Directive (DD Proposal). In essence, the Directive requires certain companies to meet due diligence obligations with respect to human rights and environment and provides for an enforcement mechanism with possible sanctions and civil liabilities for non-compliance. The Directive will apply to both EU and non-EU companies that meet thresholds with respect to turnover and number of employees. Below, we explain the key elements of the DD Proposal.

Various supply chain due diligence schemes already govern the placing of goods on the EU market, and several more are currently being adopted by the two EU co-legislators, the Council of the EU (consisting of the member states) and the European Parliament (consisting of directly elected representatives). Schemes that are already in force include the Conflict Minerals Regulation (in force from January 2021), the Timber Regulation (in force from March 2013), the Forest Law Enforcement, Governance and Trade (FLEGT) Regulation (in force from December 2005) and the Kimberley Process Certification Scheme for conflict diamonds (in force from December 2002). Others that are at various stages of adoption and will enter into force in the coming years include the Carbon Border Adjustment Mechanism (CBAM) regulation, the Deforestation-free regulation, the Forced Labour Regulation, the Batteries Regulation). All of these schemes have one important thing in common: they all require importers to know how the products they place on the EU market were manufactured and to be able to present documentary evidence upon request to demonstrate it. This evidence must be obtained from suppliers or from the suppliers’ own suppliers. We will review each of these various schemes in a series of client alerts, starting with the Due Diligence Directive.

In essence, the Directive requires certain companies to meet due diligence obligations with respect to human rights and environmental standards and provides for an enforcement mechanism with possible sanctions and civil liabilities for non-compliance.

The Directive covers whole value chains, but not beyond established business relationships

According to the Commission’s DD proposal, corporate due diligence duties apply to companies’ own operations and the operations of their subsidiaries and their entire value chains. However, this is only for companies within “established business relationships”, which the Directive defines as direct or indirect business relationships that are expected to be lasting and “which do not represent a negligible and ancillary part of the value chain”. This includes contractors, subcontractors and other entities in their value chains. Therefore, this goes much further than direct suppliers.

The Directive covers both human rights and environmental obligations

Large EU and non-EU companies (Group 1) must adopt a plan to ensure that their business model and strategy are compatible with a transition to a sustainable economy, as well as with limiting global warming to 1.5°C in line with the Paris Agreement. In particular, the plan must identify the extent to which climate change is a risk for, or an impact of, the company’s operations. If climate change is identified as a principal risk or a principal impact of a company’s operations, the company must include emission reduction objectives in its plan.

Companies must fulfil the following due diligence obligations with respect to human rights and environment:

Enforcement will take place both at a national level and an EU level.

When transposing the Directive into national law, EU member states must lay down rules on sanctions to be imposed for companies’ non-compliance with due diligence obligations. Sanctions could include orders to cease certain actions, pecuniary sanctions (fines) based on the company’s turnover, or interim measures. When deciding the imposition of sanctions, supervisory authorities must consider companies’ efforts to comply with any remedial action, any investments made and collaboration with other entities to address adverse impacts in value chains.

Importantly, the Directive allows victims to bring a civil liability claim before competent national courts and obtain compensation for damages. In principle, companies will be liable for damages if (i) they fail to prevent or mitigate potential adverse impacts on human rights and environment and fail to end and minimise actual adverse impacts, and (ii) as a result, adverse impacts occur and cause damage to third parties. Companies could be civilly liable for damages caused by their own operations and the operations of their subsidiaries and value chains.

Links with the Forced Labour Regulation

The Commission initially considered including a ban on forced labour products in the DD proposal but eventually decided to design a separate legal instrument to address forced labour. On 14 September 2022, the European Commission unveiled its proposal for the Forced Labour Regulation (FL Proposal) to eliminate forced labour in supply chains.

The Due Diligence Directive and the Forced Labour Regulation are two separate legal instruments. However, in practice, they are interlinked. Thus, companies are advised to cover human rights and environment (under the Directive) and forced labour (under the Regulation) when establishing compliance policies.

Under the current draft (the Commission’s DD proposal), once the European Parliament and the Council of the EU adopt the Directive, EU member states will have to transpose the Directive into national law within two years from the its entry into force. After the transposition, the Directive will apply to large companies (Group 1) right away and to companies in high-risk sectors (Group 2) two years afterwards. When the Directive actually enters into force will depend on how fast the three institutions manage to agree on a single text. At this point in time, that is anyone’s guess.

This article was initially published by Reed Smith LLp – here.